The Southeast-Asian region has now officially entered the ASEAN Economic Community (AEC) era. With the ultimate goal of seeing the region become a single market and production base, the AEC is encouraging a freer and easier flow of goods, services, investment, capital, and skilled labor amongst ASEAN member states (AMS).

As of the end of 2015 however, not all sectors of the ASEAN economy had been liberalized. To date, 12 sectors have officially been liberalized, namely electronics, e-ASEAN, healthcare, wood-based products, the automotive industry, rubber-based products, textiles and apparel, agro-based products, fisheries, air travel and tourism, and logistics. Remaining sectors of the economy are set for liberalisation in 2020. The transformation of the ASEAN region has largely seen the adoption of the European model. The European Economic Community (EEC) became subject to the Treaty of Rome in 1957, before later metamorphosing into theEuropean Union (EU). The EU now features fully formed governmental, parliamentary, and judicial systems, and follows laws which govern all of its member states, despite the fact that each member state still possesses its own constitution.

The main challenge currently facing further ASEAN integration is that the community’s member states are competing with the United States (US) and its Trans-Pacific Partnership (TPP) agenda, as well as with the People’s Republic of China (PRC), with its Regional Comprehensive Economic Partnership (RCEP). In contrast to with the US-dominated TPP however, the RCEP encompasses economic cooperation with the ASEAN  region as a central pillar, with the PRC playing the role of the biggest economic power in the partnership.

Both TPP and RCEP participating member states are largely the same, and include Australia, New Zealand, Japan, Malaysia, Singapore, Vietnam, and Brunei Darussalam. However, the participation of AMS in both the TPP and the RCEP raises questions regarding the political direction of the foreign-trade policies of each AMS.

While all AMS have joined RCEP, only four ASEAN economies have so far joined TPP, namely Brunei Darussalam, Singapore, Malaysia and Vietnam. Other economies such as Indonesia, the Philippines and the Great Mekong Subregion (GMS) states (Thailand, the People’s Democratic Republic of Lao, Cambodia and Myamnar) however are still currently outsiders. A statement made by President Joko Widodo during his visit to the White House in Washington D.C. last October though signalled Indonesia’s intention to join TPP. However, this statement is viewed as controversial and the Indonesian government is still in the process of reviewing TPP and its potential benefits. Meanwhile, the GMS states are mainly opting to sign up to RCEP, due to their proximity to the PRC and the RCEP’s lower standards of trade and investment, as well as their desire to continue working under their own national rules of law and economy.

Shining outside but screaming inside. This is the real picture of ASEAN. All seems to be harmonious and integrated when viewed from the outside, however internally, fierce competition reigns among the AMS. Double memberships by AMS in both TPP and RCEP reveal that the foreign-trade policies of each ASEAN member state differ significantly from one another. However, such memberships also reflect the fact that both the US and the PRC are in dire need of the AMS in order to secure their own trade and what has been dubbed a 21st century Silk Road.

Both the US and the PRC are currently in competition in a bid to influence AMS for at least two reasons, inter alia, (1) to secure their own political and economic interests in what is one of the most strategic regions in the world, by connecting the Western and Eastern hemispheres through a 21st century Silk Road; and (2) to influence and dominate markets and resources.

Currently, the US seems to be winning the popularity contest with its TPP. Although the TPP is controversial and sets out higher standards on trade, investment, Intellectual Property Rights (IPRs) and Investor-State Dispute Settlement (ISDS), the US is generally regarded as “a good economic leader” which is not seeking to annex Southeast Asian territory, at least not militarily. This is in stark contrast with the PRC, which has been engaging in acts of reclamation, as well as constructing airstrips in areas disputed by AMS, including the Spratly Islands in the South China Sea. The occupation of the Spratly Islands by the PRC has been a source of clear disappointment to ASEAN.

In order to face up to the tight competition that exists between the US and the PRC then, ASEAN must re-focus itself on its initial vision and mission. Member states should concentrate on making the ASEAN region into a strong economic, trade and investment centre in its own right, and not only see the region as an area to be toyed with by larger economic powers.

The Japanese approach to dealing with China and the US and their RCEP and TPP can be seen as an inspiration. Shintaro Hamanaka, in his report to the Asian Development Bank (ADB), stated that Japan plays the “TPP card” when facing China’s domination within the RCEP, and conversely plays the “China card” when dealing with the US and the TPP. ASEAN may wish to consider such an approach when negotiating in order to protect its own regional interests. This should prove to be a tough task for the People’s Democratic Republic of Lao, the nation currently filling the role of 2016 ASEAN Chairman. 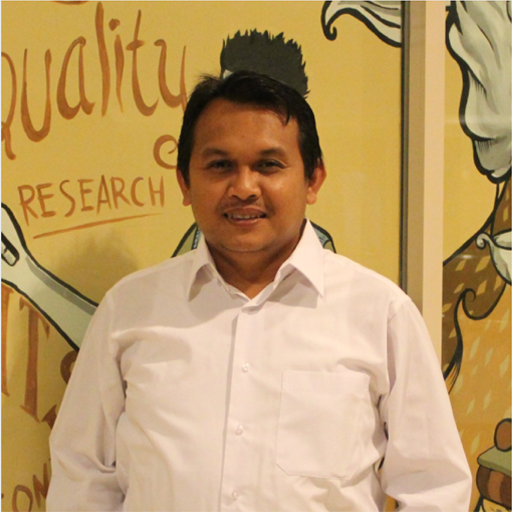